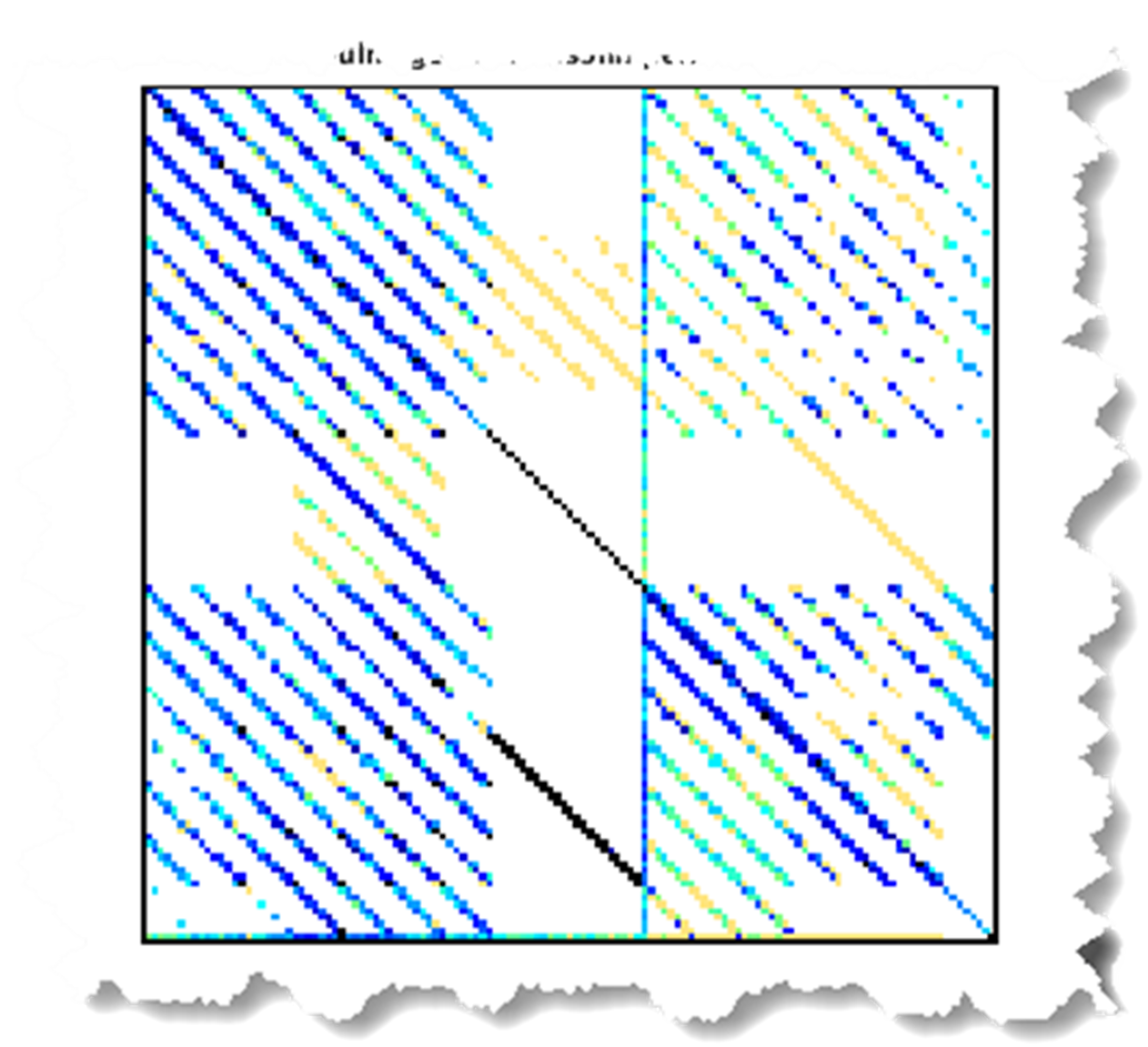 Spars matrices in which most of the elements are zeros arise in many computational applications including simulations, machine learning and so on. The equation of Equ. ‎(1)  can be considered as a sparse matrix in whcih only 8 elments out of 32 are nonzero.

A collection of sparse matrices can be found at here.

Fig. 1 highlights the nonzero elements of a sparse matrix with the size of   223×472 and

The SpMV is one of the basic operators in manipulating sparse matrices in real applications. SpMV operator is the performance bottleneck in many large scale iterative algorithms such as conjugate gradient (CG) solving linear systems, eigenvalue solvers and so on. Equs. ‎(2) and ‎(3) represent an SpMV in which A is an sparse matrix of size

are two vectors of size

In a naïve scheme,

additions and multiplications are required to compute an element of

additions and multiplications are required for calculating the result.

Different approaches have been proposed by researchers for representing a sparse matrix. Associated to each representation there is a computational structure to increase the performance.

One of the simple representation is the coordinate (COO) format in which each nonzero element of the sparse matrix along with its indices are stored in the memory. Therefore, in an implementation, three arrays called

save the row indices, column indices and data of nonzero elements, respectively. Vectors shown in Equs.‎(4), ‎(5) and ‎(6) are the COO representation of the sparse matrix in Equ.‎(1).

The compressed sparse row (CSR), as the most popular representation, is similar to the COO but with less storage. In this format,

vectors are the same as COO however the

vector is compressed and called

elements. Each element in the

shows the number of nonzero elements in

row in the original sparse matrix.

To implement the CSR in FPGA, we slightly modify the CSR format (called MCSR) and replace the

which keeps the number of nonzero elements in each row. The

vector can be calculated as

The competer code can be found at here.